The Canal by Bike Project is rolling! 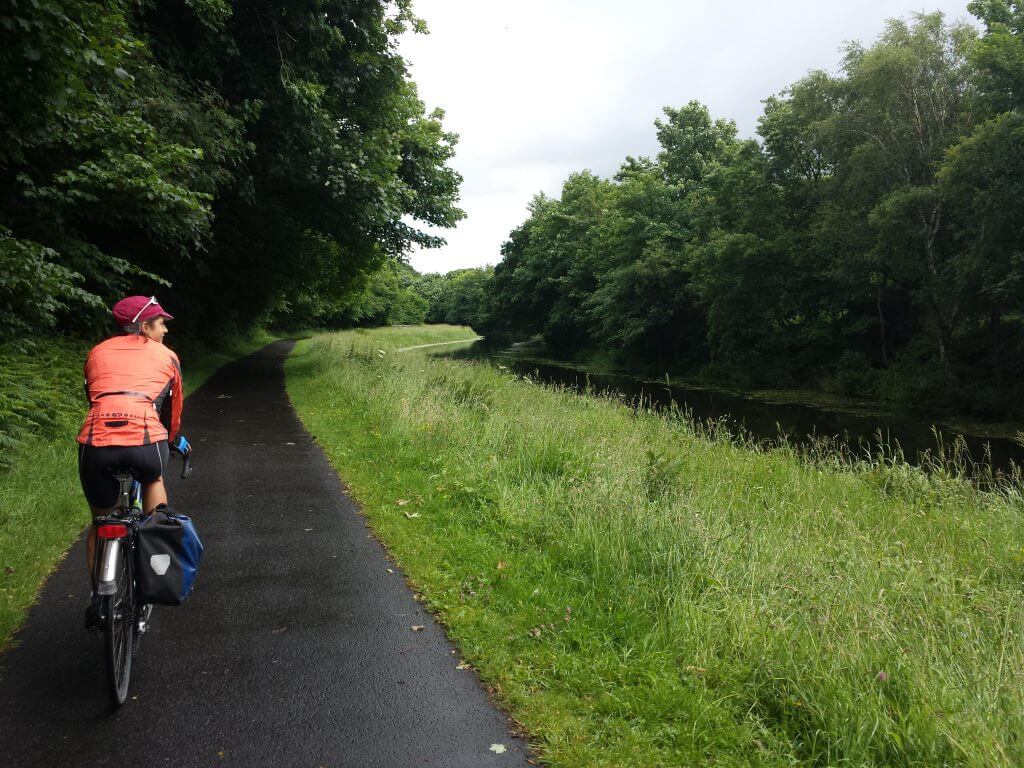 In August 2016, the Local Action Group (LAG) identified the potential to develop a LAG-led project focusing on one of the area’s key assets, the Forth and Clyde Canal. This strategic route cuts through all three local authority areas in the LEADER area (East Dunbartonshire, North Lanarkshire and Falkirk) and is one of three routes (along with the John Muir Way and Antonine Wall) that define the area and its natural and post-industrial heritage.
The Canal by Bike project is based on the inter-regional French itinerary ‘La Loire à Vélo’, a 1,562 mile route which originated in 1995. This attracts over 800,000 cyclists each year to complete all or part of the route and is a destination in itself. The development of the route has included signposting, facilities and marketing.
In Central Scotland, National Cycle Network (NCN) Route 754 covers 56 miles from Glasgow to Edinburgh and is a traffic free route for cyclists, which together with its proximity to many sites of archaeological and historical interest makes for an ideal tourist attraction with national and international potential. Much of this route uses the towpath of the Forth and Clyde Canal. The Canal by Bike proposals include:

The project is now at the feasibility study stage and we hope to determine the potential for the Canal by Bike project and to provide an accurate cost estimate for the various elements. It will also set out the potential for this to translate into a future co-operation project, taking in neighbouring West Lothian and Forth Valley and Lomond LEADER areas along with non-eligible urban parts of the Forth & Clyde and Union Canals to create a contiguous route between Glasgow and Edinburgh.

If you are canal user, please contribute to this initiative by completing a short survey (5 minutes).

No Events were found.